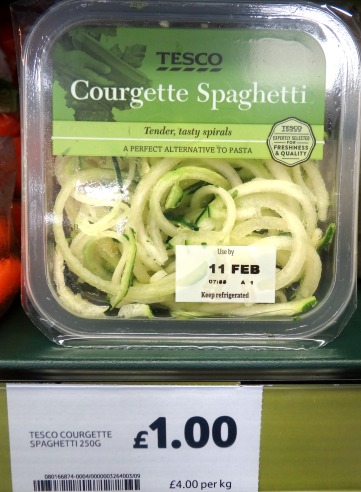 As it is valentine’s day, I will start with something very un-politically correct in the post-grad-researcher world. We are naturally expected to complain, over-heat like any over-used computer and more than anything, suffer for our doctorate. Well I defy you culture of suffering, this is fun. On a day of love and emotion, I admit it: I love my PhD.

Yes, OK, I am in the post-fieldwork honey-moon period, pre-thesis and post research proposal; no, I haven’t yet entered the hell of synchronising data charts with pages of contents, and no, there are no chapters ready to go in the book. Let’s be honest, there are pretty much no chapters at all. That, however, my PhD and more normal friends, is not the point. The point is, that even though hard days in this relationship are still to come, I am still interested.

This last month or so, everyone else is interested too. There has been a #lettucecrisis and a #courgettecrisis and questions are being asked. “Why are Tesco rationing lettuce?” people are asking. “What can I do without courgettes for my veggie no-calorie lasagne?” And (big jump here), “Why are we even eating all this salad in the middle of winter?” And so the nation makes the mental jump from Tesco over to the greenhouses of Southern Europe, perhaps even beyond.

Now, since I don’t yet feel ready to move on to serious data analysis, I thought I’d go and do just a last little spot of fieldwork: a research trip down Park Street, in Bristol’s city centre. Sites visited were: Tesco, Sainsbury’s, and Waitrose. Clearly the limitation of the study is that Park Street is not representative of an average UK shopping street because it is big and really quite posh. Nevertheless, let’s see what we find.

A man in Tesco confirmed the national news, and what I have personally verified about summer vegetables really and truly depending on the situation in Southern Spain and not just on what we expect to see all day, every day, without exceptions. “Haven’t had lettuce for about six weeks” he said. Now lettuce is interesting to me, because it is counter-seasonal. That means that it is grown for us abroad at exactly the time when we can’t grow it here. So we can forget about seasons altogether and pretend that lettuce just is. Full stop. Thought stops there.

But no, during these last six weeks, the thoughts haven’t stopped there and in the UK people have been thinking about where their lettuce comes from and even briefly considering how the farmers of our food produced at the wrong time of year might be struggling to do that. But even more than that, there is discussion and help on how we might deal without lettuce in February. Personally I’d prefer porridge on the beach in August, but I’ve already admitted I like my PhD so we shouldn’t let my proven-radical opinions deter anyone from the crunch of an iceberg whilst shivering next to the radiator.

More interesting than lettuce however, to me and my counter-seasonal blinkered brain, are courgettes. Courgettes are vegetables that are not just counter-seasonal, but that are grown as part of the same supply chain as tomatoes. So in Spain from around the end of September until late June, and in Morocco from the beginning of November until the end of April, we get not just tomatoes but also courgettes, peppers, aubergines and more.

Tesco didn’t have any courgettes when I visited. Or did it? That depends on if we count the ‘courgette spaghetti’ that sat pre-prepared in a plastic box next to the loose veg. Sainsbury’s did have courgettes, for the quite considerably higher than normal price of £1.90 kilo, and also had the [ridiculous] spaghetti version too. Finally, Waitrose, rose above the spaghetti trend but also only offered the re-valued crop in semi-packaged form, this time in a nicely designed bag of three for the notable price of £2.59, or £5 a kilo.

The courgette spaghetti, or ‘courgetti’ is interesting – I can understand Tesco’s choice to prioritise its few courgettes for courgetti production because you get to sell it for a far higher price (£4 kilo) and perhaps just as importantly you can get away with absolutely no information about where the trapped and grated courgette comes from. So profit is accumulated in our humble convenience supermarkets on Park Street, and we don’t get any further forward in this radical process of thinking about where the courgette in the box is from, let alone who grew it.

Tomatoes will at some point get a blog of their own, but for the moment suffice to say that those I found on my little jaunt down Park Street were without a shadow of a doubt produced by firms and people that I encountered during my (proper) fieldwork in Morocco. The location confirms it, as do the codes on the packaging. We don’t know where the spaghetti courgette originates but I suspect it is from not so far away. On valentine’s day, I’m more than happy to think about this, and I’ll sacrifice the courgetti dinner for two.

In this blog I explore my PhD research through food. The idea began with my fieldwork in Morocco and continues now I'm back based in the UK.
Follow Eating Research on WordPress.com