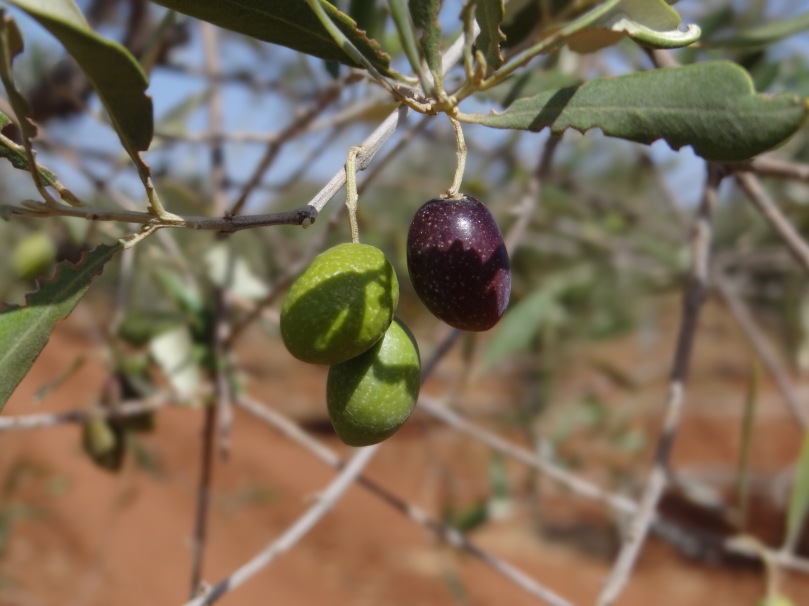 No standard salad would be complete without olive oil. Our friends the lettuce, tomato and cucumber now come automatically accompanied by the vinegar and the oil, the oil and the vinegar. Perhaps in a bottle, perhaps in a sachet, perhaps in some kind of over complicated vinaigrette processed by a supermarket near you, along with lots of salt and some corn syrup, a 21st century salad in the Western world would be naked without an olive dressing.

This weekend, after an intensive academic seminar in Morocco[1], we studious seminar attendees were rewarded with a field trip. So I was taken out to visit three agricultural holdings in action. They all grew olives, but apart from that, had little in common. These three: large, medium and small producers in turn gave us a hugely insightful opportunity to witness agricultural change in action. Since the turn of the millennium the large site, on previously colonial, then state-held land had been an apple orchard and had now turned to olive oil. The medium one had been focused on cattle, making use of previous common land, that was now enclosed land, and was now diversifying with oil, watermelons, and more. The small producer produced a full range of things including olives for their own oil and most recently had established a side income in both fish and honey production.

Firstly, we learnt how to make money. Morocco’s heavily financed agricultural development programme, Plan Maroc Vert, which aims to intensify the agricultural system into a new-age competitive beacon of the modern food system, offers attractive incentives to spruce up agriculture in the country with new machines. All you need is to write a proposal (a report), have money to invest (from bank credit perhaps) and an impressive part of your money will be returned to you in state subsidies within two years.

So, for example, all three of the small, medium and large producers we visited, had benefited from a 100% state subsidy for irrigation of their crops. In the case of the ‘super-intensive’ large producer this meant state funding for the irrigation of 65,780[2] olive trees from groundwater on a rapidly declining water table. Some of the more landscape-savvy of the seminar group reminded us that olive trees had been grown in the region for centuries precisely because they did not need this kind of constant watering but could grow deep roots and access scarce water themselves. This, however, is not of interest to the ‘super-intensive’ producer. This producer is simply interested in the logic of economic growth, which in this case says: plant the trees closer, and add the chemical nutrients to the water while you’re at it. And so, these 65,780 trees are watered with the addition of nitrogen, phosphorus, potassium and ammonium, yet no studies are evident of what all these substances may be doing to the groundwater. By any other logic this would be a big concern, nitrogen pollution, particularly. Nitrogen pollution of water supplies, or more simply, of the nitrogen cycle, is one of the only planetary ecosystem boundaries that we have already crossed as a human race. This was not relevant in the lesson of how to make money.

Yet, I work with people, so where were they in the Moroccan olive grove? Well, it seems they have been replaced by a machine in this super-intensive oil production. The company, with links to power as far up as it goes, has invested in a machine that drives over the trees like a bridge. It shakes their branches and collects their olives.  So much for an investment in rural employment.

Some new olive trees defy the machine but are pretty un-reliable as employers too. These trees that the machine can’t manage provide jobs for only a very precarious seasonal and short-term workforce. I was told that 100 people would be employed for a space of around 200 hectares, and these jobs would last 2-3 months. The company assured us though that these workers would get both contracts and, in order to have those contracts, bank accounts. Thank goodness the banks aren’t losing out. 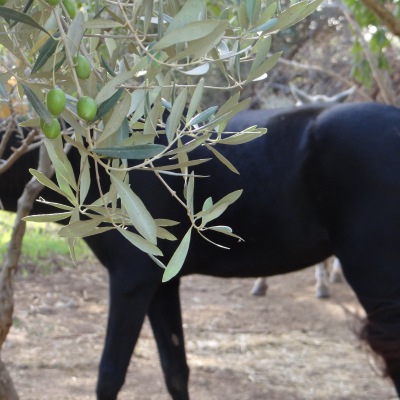 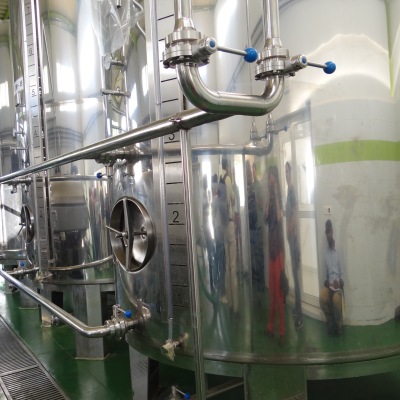 I should be kinder in tone about the small and medium sized farmers that we visited. Not only did their olive oil taste a lot richer, but they invited us to tea, and allowed us to share their experience of oil production more closely.  They humoured our partial language skills and our many, many questions. This was the second major thing we learnt on the trip – we were a team. We were a slightly chaotic, and erratic team, but really quite effective. A little like slugs on a cabbage, we chewed up every bit of information every which way.

Releasing a group of 13 researchers at a family farm, was a bit like inviting children to a playground, or providing clowns with an audience. Each of us found something to play with, interact with, reflect upon and smile. Some of us looked at the trees or identified the plant specimens. Others wrote notes, or took pictures, or carried out semi-formal interviews with whichever family member we felt most comfortable with. Others played with material toys, climbing ladders, smelling fruit or knocking on enormous oil containers to discover them empty. As we found the olive branches, force-fed powder food through irrigated pipes, or in the smaller farm providing shade for some resident chickens, this seminar group grew together, discovering the knowledge of the peasant farmer.  This experience was far richer and engaging than any power point presentation or report.

[1] “Workshop on Agricultural Labour and Rural Landscapes in the Arab World” Organised by the Thimar collective and supported by the École Nationale d’Agriculture de Meknès, the Leverhulme Trust and the London School of Economics.

[2] Calculated based on 286 plants/hectare in a cultivated area of 230 hectares, this was the details of the holding advertised by the company.

In this blog I explore my PhD research through food. The idea began with my fieldwork in Morocco and continues now I'm back based in the UK.
Follow Eating Research on WordPress.com