Sugar, sweetness, rush. Smile for the beet and the cane, but too much sugar and you get just a black beam, with the sugar-lump-like teeth gone from the grin. Ah, teeth. Just a smile can reveal so much about social status, about struggles and tastes. There is that typical top and bottom post-braces smile of those with the private dental plan and the private education. Then there is the embarrassed closed-lip smile of the four-year-old in my fieldwork site who has already lost all her front teeth to a diet of sugary tea, bread and donuts.

It’s time to write about sugar. Not just because I am bouncing off the walls with the stuff in its caffeinated accompaniments of tea and coffee. Not just because sugar in the UK provides such a clear comparison to one of the key cultural ingredients of life in Morocco. The main reason that I have come to be thinking so much about sugar in recent days is that I have been taught about it: by my students.

I’m not sure that there is sufficient recognition in academia, or in education in general, that teachers learn from students. You might already be an expert in climate change but surely if you get 60 essays considering the same data from different perspectives, and filling in the gaps, you’re going to come away all the more confident that you know what you know.

And so I now know about sugar. Over thirty student reports into the connection between Bristol and the Trans-Atlantic Slave Trade have left me in no doubt that the wealth of this city (Bristol) is at least in part founded on the trade in sugar, and slavery. Bristol, with its access to the Atlantic via the Bristol Channel, its shipbuilding trade, and its merchant class, not to mention its burgeoning financial sector, was a hub for commerce of all kinds that linked back to the slave trade.

Bristol managed to find its corner in this ‘triangular trade’. We can hold Bristol ships and merchants to account for selling an estimate of 500,000 Africans into slavery on the plantations of the Americas and the Caribbean. That was 1/5th of all British slaves. This put Bristol in a perfect position to develop a sickly trade and a sweet tooth. The sugar processing, the rum, the glass-blowing for the rum bottles. These and many other industries were helped along by these ventures and the money that sloshed up the Avon with them.

I would point out, that like any good academic, I am not simply relying on the things that I have learned from my students, but on my first hand research. That’s right, I have been eating a lot of sugar and visiting a lot of buildings which were built on the shillings of the sugar merchants. It’s not hard in Bristol. I don’t have to even leave my own institution in order to find an example of that trade on which it was at least partially founded. The University doesn’t explain the providence of its founders’ wealth in its own narrative history though, so we’ll have to be more specific.

The Cabot Institute and the Wills Memorial Building are both named after philanthropists who were slavers first. Wills dealt in tobacco rather than sugar, but it’s not such a big difference. Too much sugar and you are sick. Too much rum, the same. Too much tobacco and your teeth are stained rather than rotten. Bristol is sick of the sugar. There is a petition at the moment to change the name of at least one of those magnets that brings people to Bristol year around: Colston Hall. The national media are even interested in the debate (Guardian, Telegraph, BBC).

Perhaps it could be re-named. Why not? Hally McHallFace could work well. If that doesn’t go down well with Bristolians, I think I know a group of students who could come up with some very good counter proposals. One pointed out that the Hall wasn’t even built and named until well over a hundred years after Colston had died. So, so much for editing history, this seems to be more about revising the bad revisionism that led to the Hall having this name in the first place.

With sugar on the brain it’s quite difficult to write a thesis. Teaching though, is every bit as much a part of the PhD process as is thesising. Too much and you get very tired. A little and not a lot of teaching, like sugar, is a welcome luxury that takes the bitterness and the loneliness out of the 80,000 words: to be written. 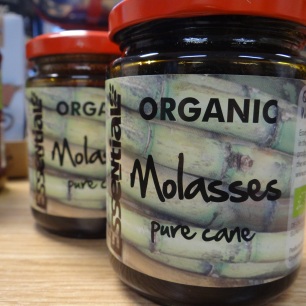